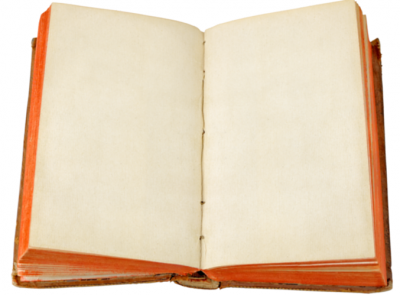 Also entitled “the Relate Guide to Starting again”, by Sarah Litvinoff.
Sarah Litvinoff is a well respected writer, therapist and life coach. You can find out more about her here [click]

“It does what it says on the tin”

“When a relationship finishes it can feel like the end of the world – but it is also a new beginning. ‘Starting Again’ can help you deal with your feelings of separation, grief and recovery, and will help you to start looking to a positive future.” Relate book review

The book is easy to read, contains practical tips for working out issues in relationships from a psychodynamic standpoint – what happened, why it happened and why it is still happening.  From a CBT standpoint it discusses what you can do differently in future having brought patterns of relating into awareness.

The first section talks about reasons behind breaking up, whether it is ‘necessary’ and how the breaking up might have occurred.  It looks at how a couple is communicating, taking a historical viewpoint.  They might have had specific familial ways of relating which they then bring to the relationship, which could lead to being drawn to someone who matches these relating patterns, which aren’t healthy.  This is a psychodynamic approach looking at how patterns from the past impact the present.  By bringing these into conscious awareness a couple can learn to relate differently, or take these new tools in the next relationship and build a more satisfying relationship.

Litvinoff cites many cases to illustrate her theories.

She discusses coming to terms with loss, a backwards look at issues that emerged in the relationship.  Some relationships end with no warning, sometimes there is violence and child abuse, or a partner leaves for someone new.  Little can be done to save these relationships.

Litvinoff looks at the impact a breakup can have on children.  Much is made of how children would prefer to have both parents together, that the impact of arguments in a family affects the children far less than it does on the couple having the arguments.  She also discusses the fact that young children can regress, fall behind on school work (if applicable) and have behavioural issues.  Much of this appears to be based on anecdotal evidence, and I would question some of her conclusions, whilst not denying the huge impact that separation and divorce can have on children.

A book published by the Open University (Barnes, 2000) illustrates that relationship conflict has a greater effect than separation and divorce; children suffer psychological repercussions into adulthood, and are felt differently by boys and girls.  This implies it is more complex than Litvinoff suggests.

Children who grow up with parents in an abusive relationship often repeat the pattern as adults: male children of abusive husbands can grow up to abuse their own wives, and daughters of abused wives could end up as victims of domestic violence, their background has shown this is “normal.”  (see here for more information).

Part two contains “tasks” to help individuals realise their positive points and how they can use these to move forwards.  These tasks could be used within a therapeutic alliance, helping an individual move closer towards an internal local of evaluation.  An example is cited of one lady who appeared very well presented and confident yet hid inner feelings of inadequacy, low self esteem and felt negatively viewed by others.  She learned to look at the areas of herself that weren’t as bad as she felt others made out and through exploration and completing various written tasks, this client began to develop her own internal loci and subsequently dressed more casually!

Litvinoff discusses various ways in which we can move forwards in gaining confidence, addressing the parts of us we don’t like, how to say “no” to things for our well-being’s sake and how to address feelings that we have suppressed owing to upbringing and then subsequently being with a partner that may have compounded our patterns of relating.  These could fall into a CBT way of changing behaviours, but also raising awareness of the different patterns could be a TA exercise.  “I should”… behave in a certain way or we are deemed unlovable, for example.

There is a section on challenging patterns where she addresses how we come to expect certain behaviours from our partners, often based on our past and how we saw our own parents behaving.  We might take these behaviours as the barometer of normality, when in fact they were unhealthy patterns of relating.  She implicitly alludes to the concept of transference; we might choose a partner who is similar to our parents, and then when they don’t behave as “expected” we are surprised.  This is perhaps helpful for many who might be working out why they were attracted to their partner, especially when they don’t meet expectations.  The reverse could also be true; these people possess the very characteristics that we didn’t like from our upbringing, yet we are drawn to them because of their familiarity.  That which we most crave we are more likely to push away because we are not used to it.

Litvinoff’s tasks and quizzes may help people see where they are now, the impact that others have had on them in the past and the impact they have on those whom they meet.  I feel this could be a TA stance on how we relate to others, based upon our life scripts and how we felt the need to behave in order to be loved whilst growing up.  These patterns can be so entrenched in us; these quizzes could help bring this into conscious awareness helping deal with future relationship issues.

In the final section Litvinoff acknowledges the wider impact of separation and starting again.  In some cases the social circle will have changed dramatically, yet the world is open to make new friends.  It is a case of putting the past behind and moving towards a new, more enlightened future.

Some people are affected adversely by relationship breakdown, some less so.  Litvinoff deals with the problems facing men and women at different levels and for different reasons.  She addresses real life issues such as the impact of redundancy on men and men’s apparent lack of attention to their emotional states.  She discusses women and the fact that they tend to draw more upon emotional support and loss of “status”.  [generalisation?]

Litvinoff discusses the new life ahead, dating again, and “dating etiquette” and gives advice “it is best not to have sexual partners to stay the night…” (p205), after a paragraph on how new partners can affect the children.  This area is huge!

The final section is designed for the new couple starting again.  It uses the material from the previous chapters in that if you have worked on your difficult areas, etc. then you can begin to put some of the tools into practice in a new relationship.  This might sound very clinical but in some respects it is very practical advice.  Dealing with issues when they arise, making time for each other and each other’s feelings.

I like the way Litvinoff brings some real life stories in; couples who came together after a failed relationship and how they handled new issues.  Addressing current behaviours commensurate with a previous unsatisfactory relationship, (a man’s wife leaves him for another man, and with the new lady becomes over-protective due to unfounded fears of her running off with another man.)

She talks about the “Relationship Bank Account” (which reminds me of the TA version of “Stamp collecting”).  When things are going well, you make “deposits” that keep the relationship healthy.  When things are not going well, we tend to withdraw more from the “balance”, thus putting the relationship into the “red”.  Some might save up resentment like “stamps” when in actual fact it is healthier to mention troubles at the time they occur, thus ultimately restoring credit in the account.

What makes you feel loved?  We all have different needs and wants that make us feel loved if our partner does them for us.  (“The Five Love Languages” – also a book by Gary Chapman is worth a look).  Finally Litvinoff acknowledges that a healthy relationship is healing, but not without a brief mention of a new partner’s children and the wider familial circle which could perhaps be the subject of another book.

Keywords are:  “acknowledge the emotion”, “accept yourself for who you are” and “own your feelings”.  Understand the impact you can have on others whilst simultaneously understanding the impact they have on you, based on your patterns of relating.  Be aware, be conscious and be open to learn.  Understand the wider social impact of broken relationships and families and be aware of your own part.  “You can if you want to”.  Escape the “blame game”.

I felt the book addressed a lot of areas that are important for people in a relationship crisis, although perhaps many of them could be termed “obvious” given where I currently am in training.  I felt the tools, tasks and quizzes very helpful for client work.

More attention could be paid to mental health issues surrounding relationship breakdown.  Perhaps it could be argued this was for reasons of brevity and accessibility of this type of book.

A study in the January 2004 issue of the Journal of Epidemiology and Community Health found that while marriage was more beneficial for women’s mental health, co-habiting was more beneficial for men’s.  Women were more adversely affected by multiple partnership transitions compared to men and took longer to recover mentally from partnership splits.

Many people going through relationship breakdown can turn to self medication [alcohol] to help them cope, or use anti-depressants during a period of anxiety and / or depression.  This could have been attended to in the book when discussing the break ups and feelings of loss.

The loss of a partner due to divorce is not unlike bereavement; the difference is that they are still walking the earth and likely to impact further if the split had been acrimonious.  The loss can also be likened to potential loss in childhood, if a parent had died, been unavailable or also divorced from the other parent.  An individual might think they are unlovable.

Anger is discussed – which can lead to mental health issues.  Litvinoff mentions constructive ways of dealing with anger but doesn’t discuss it in relation to mental health.

Litvinoff draws attention to how couples were brought up as a child from a psychodynamic and learned behaviour perspective; but perhaps one needs to consider the wider social picture of family and friends.  These aspects make up a person’s life and can affect decision making.  Lack of support can be felt in a family that doesn’t accept divorce.

This book is meant to be a simple off-the-shelf self help book for couples seeking some basic guidance on how to cope, and offers practical assistance in relationship conflict and starting again.  Many couples in conflict resolution rarely seek help.  It does suggest that counselling is useful tool to help couples; with case studies contained in the book.

If you have read this book, or would like to read it as a result of this review, please do feel free to email any comments directly to me by using the “contact me” form on the contact page!

Any cookies that may not be particularly necessary for the website to function and is used specifically to collect user personal data via analytics, ads, other embedded contents are termed as non-necessary cookies. It is mandatory to procure user consent prior to running these cookies on your website.