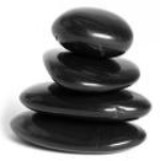 Is it healthy to be completely “autonomous”, or are we creatures in a social world with thoughts and feelings that are affected and effected by others?  What do you think?  You may be looking for therapy because you find yourself continually impacted by others in your world thus leading you to make decisions that are neither right nor healthy for you.  I found the article below fascinating and it looks – in the main – at narcissism.

The result of pervasive narcissism is a new myth – that each person must be a whole unto him – or herself, autonomous and fulfilled without needing anything from others, before being able to be in a relationship. A healthy person, though, cannot be totally separate from others. Autonomy is a relative state requiring another person with whom we establish boundaries. Without others, there is no autonomy, only isolation.

There appears to be a contradictory tendency for narcissists to search for individuality at all costs and yet be unable to live outside of a continuing state of fusion, according to Andreas-Salome (1962). That apparent contradiction is seen as a basis for a myriad of relationship problems. It is not a love of oneself that causes problems in relationship but the remnant of narcissism inappropriately responded to, which leads to a development of unrealistic defences to protect vulnerable, frightened selves. This can be reinforced by a cultural milieu that encourages expendable relationships in service of material success. The result is a two-pronged assault on a basic human need to love and be loved. Family and relationship therapy seems to have been distorted into an attitude of self above all.

Values in marriage have changed drastically over the years – previously it was seen as an economic and social arrangement designed to give families the best chance of survival. Marriage choices were made on the basis of what each partner could bring to the union. Nowadays marriage is portrayed as being held together by the strength and significance of the couple’s interpersonal relationship.

Nevertheless gender differences are alive and well. Men and women value marriage pretty much equally although men tend to fare “better” in marriage than women – with more women purporting to be unhappy or dissatisfied than their male counterparts. Women “do” emotional attachments differently compared to men, with men enjoying the heroic pursuit of power and achievement.

Add into the mix the emergence of women’s liberation, the stress of equal power, men in the home and women holding down full time jobs whilst raising a family, no wonder as a society we seem confused.

Men are confused as to whether they want a wife to take care of them or an economic helpmate. Do they discuss their confusion? Women – wondering what men actually want, start to believe that men’s requests are unreasonable. They want nurturing and caretaking without commitment. They want women to be strong and able to take care of themselves and at the same time desire women who are submissive and accommodating, who will also listen to their problems and be supportive. Tired couples come home at the end of the day, face chores, dinner, children – and then find themselves saying “what about me?” And because of this situation, many women have less time and energy or even inclination to provide emotional support to the men in their lives. It could be argued that women carry at least as heavy if not heavier burden than men. The goals of women’s liberation may be admirable, yet economic and social equalities have tended to add burdens rather than discover new resolutions.

Despite apparent differences in overt social functioning, people tend to marry those who are at the same basic level of personality differentiation, but with opposite patterns of defensive organisation. When such an experience is re-enacted, a person who experienced early rejection or abandonment may choose a mate whose enmeshed family was engulfing. The former desires greater closeness in a relationship whilst the latter struggles for more separateness. Each then re-enacts what is known. Old patterns are repeated because the known – however unsatisfying – is more comfortable than the unknown and therefore less dangerous. One partner may desperately wish that the other would be more responsive but gives no sign of such neediness for fear of shameful exposure. Many never learned the basic skill of communicating needs in early parent-child interactions. A mate then sees only the perfect façade of narcissistic defence. On may seek admiration and appreciation – and when not forthcoming experiences feelings of emptiness and deflation. Another may seek understanding and acceptance, and when deprived of it may feel frustration and anger. Narcissistic collusive patterns such as these can underlie other more superficial issues such as money worries, children’s problems, sexual dysfunction and so on. Projective defences allow the possibility of splitting off internalised, unacceptable impulses and hand them over to a mate who is more willing to accept them.

Cultural messages enforce a viewpoint that suggests that it is wise for an individual to avoid extended dependence on parents or a spouse. Thus, separation from one’s family of origin is seen as a step forward in the development of a mature ability to form intimate relationships. The importance of one’s independence and self-esteem is a basic tenet of our society, but it makes little sense to work towards separation and differentiation exclusively when the whole purpose of an intimate relationship is mutuality and interdependence. Partners who are free to accept and understand each other’s infantile needs are also free to support each other’s search for individual satisfaction. A mature desire for another to function as an extension of the self, if limited in duration and coupled with realistic expectations of reciprocity, is a normal aspect of a relationship in our culture. It is important to recognise that adults continue to have certain childlike needs. Some needs, such as the desire for empathy, affirmation and nurturing, are never fully outgrown.

Are your thoughts dictating your life?